You are here: Home » About » Our People » Clergy 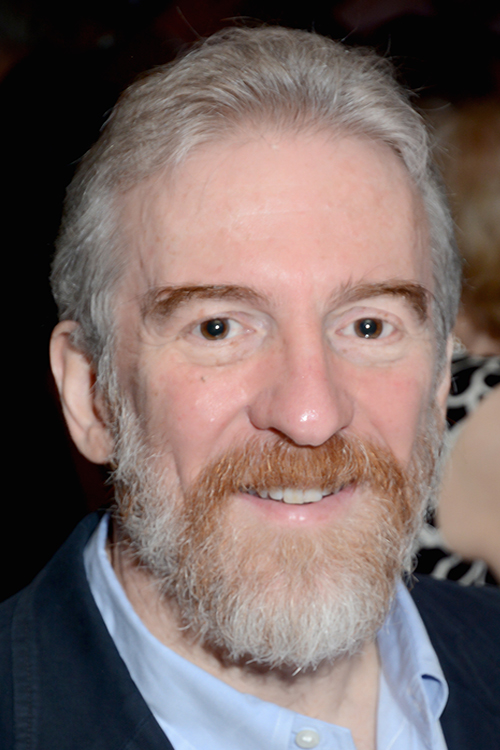 Rabbi Samuel Barth believes deeply in the synagogue as the center where Jewish souls, hearts and minds are connected; connected with each other and with God. The approach he brings to teaching and to Divrei Torah is rooted in modern scholarship, leading to a wide-ranging engagement with classical texts, Gemara and Midrash, Halakhic Codes and Responsa.

Rabbi Barth was educated in the UK with undergraduate major in mathematical physics, and advanced studies in philosophy and comparative religion. Following Ordination from Leo Baeck College in London (with a dissertation on “Kavvanah in Halakhic Sources”) he pursued graduate study in Talmud and Liturgy. He has served as a dean and professor of liturgy at the Jewish Theological Seminary, and also at the pluralistic Academy for Jewish Religion (AJR), teaching and mentoring a new generation of rabbis and cantors. While at JTS Rabbi Barth held a Jim Joseph Faculty Fellowship in Technology and Learning, developing expertise in the use of diverse electronic media to support Jewish study.

Recordings of podcast commentary to “Korach” recorded while on JTS Faculty

Several essays on prayer written while serving as a professor in the field of liturgy at JTS: 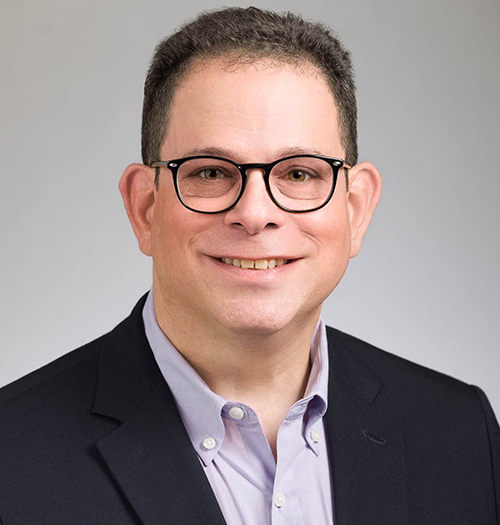 Cantor Jamie Gloth joined Temple Aliyah in 2017 after serving as cantor in Conservative congregations in New Jersey, California, Ohio and New York. Cantor Gloth was born and raised in Akron, Ohio, where he began singing in his synagogue’s Junior Choir at age ten, and later sang in the Adult Choir through college. Active in both Kadima and U.S.Y., Cantor Gloth served as president of both groups and later served as staff member, counselor, teacher, and advisor for many regional and national youth group events.

Cantor Gloth attended the University of Cincinnati, where he majored in Judaic Studies and was extremely active in the Hillel Jewish Student Center, starring in two stage productions there. After graduation, he attended the H.L. Miller Cantorial School and College of Jewish Music at the Jewish Theological Seminary, in New York. While studying at JTS, he and his classmates starred in and toured with the well-received cabaret show Cantors on Broadway. He received his Master of Sacred Music degree and investiture as Hazzan from the Seminary in 1997.

Cantor Gloth has also served as a hospital chaplain intern at Memorial Sloan-Kettering Cancer Center and the New York Hospital. He has previously served as a member of the Executive Council of the Cantors Assembly, the largest body of cantors in the world. He is married to Bina Carr and is father to Avi, Micah, Jacob and Naomi.

When Cantor Gloth is not teaching, leading the congregation in prayer or singing his favorite Broadway showtunes, he is usually relaxing with his family while rooting on the Cleveland Cavaliers, Guardians, and yes, even the Browns. 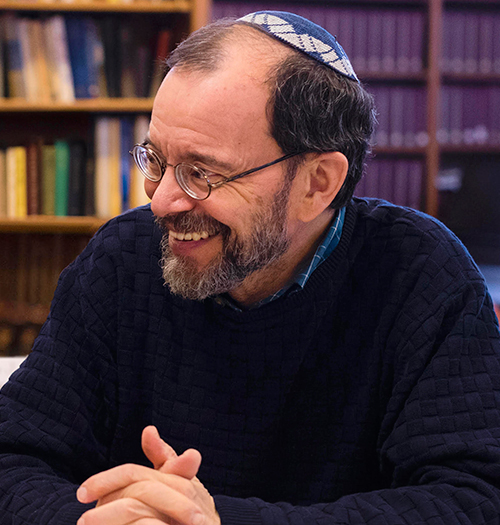 In 2003, Rabbi Perkins received the CJP Rabbinic Award at the General Assembly of the United Jewish Communities in Jerusalem. Subsequently, he participated in a three-year program of study at the Shalom Hartman Institute, at the conclusion of which he was named a Senior Rabbinic Fellow at the Institute. In 2009, and 2015, he co-led trips to Israel sponsored by the Jewish Community Relations Council (JCRC) for Christian clergy from the Boston area.

Rabbi Perkins’ academic and professional interests include Talmud and Midrash, Jewish education, and keruv (outreach to interfaith families). He has taught and lectured widely in the Boston area, including at Boston College Law School, where he taught Jewish law. He is currently an Adjunct Instructor in Jewish Law at Hebrew College Rabbinical School.

Rabbi Perkins has published articles in Conservative Judaism, Judaism, The American Rabbi, InterfaithFamily.com, Sh’ma, and Jewish Values Online. He is the author of the revised edition of Embracing Judaism, an introduction to Judaism for prospective Jews by Choice, originally written by his late father-in-law, Rabbi Simcha Kling.  He wrote an article exploring his work as a darshan (interpreter of Jewish text in synagogue) entitled, “Serendipity and Pedagogy:  Presenting the Weekly Parashah Through Rabbinic Eyes,” which was published in Turn It and Turn It Again: Studies in the Teaching and Learning of Classical Jewish Texts, edited by Jon A. Levisohn and Susan P. Fendrick (Academic Studies Press: 2013).

The Rabbi is also actively involved with many community-wide organizations. He has served on the Keruv and Publications committees of the Rabbinical Assembly, and on the Boards of Trustees of the Leventhal-Sidman Jewish Community Center, the Jewish Community Relations Council, the Solomon Schechter Day School of Greater Boston,  and Mayyim Hayyim Living Waters Community Mikveh and Education Center. He is a past president of the Needham Clergy Association and a past vice president of the New England Rabbinical Assembly.

Several years ago, Rabbi Perkins participated in a research fellowship program at the Herbert D. Katz Center for Advanced Judaic Studies at the University of Pennsylvania as the Rabbi Samuel T. Lachs Fellow in the 2015 cohort of LEAP, a program developed by CLAL-The National Jewish Center for Learning and Leadership. Coincidentally, Rabbi Perkins had been a student of Rabbi Lachs, z”l,  at Gratz College and Bryn Mawr College in the 1970s. 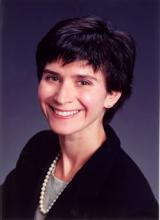 Temple Aliyah is pleased to have Rabbi Leslie Ann Gordon as our Rabbinic Associate. Since 1997, Rabbi Gordon has been a member of our community, teaching Adult Education courses on Zionism, Parshat Hashavua, and Talmud. She has also organized and led our Shabbat morning learners’ minyan, and she has led sessions for new member orientation. She is a “regular” at our shabbat and Monday morning services, where she often reads Torah and delivers divrei torah, and is also a “regular” at many of our congregation’s educational and social events. She helped organize and lead our Passover Women’s seders, and was the key educational contributor to our Torah writing campaign of 2007-08. She has served as our Interim Rabbi during Rabbi Perkins’ sabbaticals.

Since 2001, Rabbi Gordon has been an instructor for the Jewish Discovery institute, the local Conservative conversion class. Rabbi Gordon served as Assistant Rabbi at Agudas Achim Congregation, Alexandria, Virginia from 1991-1994. She was the Rabbi at Temple Beth El in Lowell, Massachusetts, from 1994-1997. From 1998 to 2004, Rabbi Gordon was also the Chaplain of Jewish Students at Babson College in Wellesley, where she provided programming and spiritual guidance for Jewish students, led Shabbat evening services, taught the Parshat Hashavua class for faculty and staff, and participated in multi-faith programs.

Most recently, she served as Interim Senior Rabbi at Temple Israel in Sharon in 2014-2015, and since 2014, she has taught a number of classes designed for new (and not so new) Jews by Choice at Mayyim Hayyim Community Mikvah and Education Center.  Rabbi Gordon lives in Needham with her husband, David Goodtree.

Rabbi Gordon has also delivered several divrei Torah to the congregation. These can be seen, along with divrei Torah by other guest speakers, here. 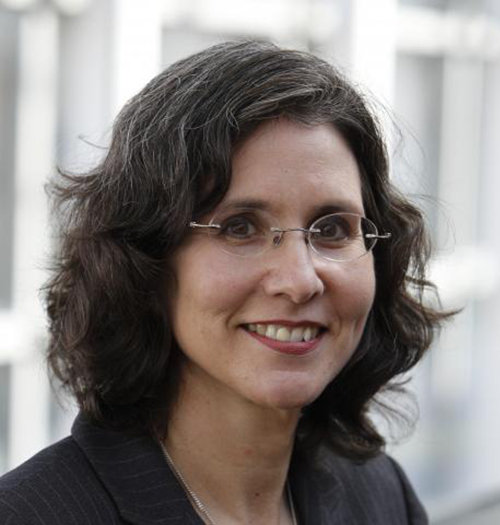 We are delighted to have Cantor Linda Sue Sohn as our B’nai Mitzvah Tutor. Cantor Linda Sue Sohn helps our Bar and Bat Mitzvah students prepare to chant their Torah and Haftarah portions and work with them as they write their d’vrei Torah. Please stop in at our Learning Center to say hello.

Cantor Linda Sue brings many years of experience tutoring children both privately and within several local synagogues, and is currently serving part-time as Co-Spiritual Leader at Temple Emanuel in Marlborough, MA.

In addition to her technology background (which she makes ample use of in her tutoring), Cantor Linda Sue earned a Master’s Degree in Jewish Education with a certificate in Jewish Special Needs from Hebrew College, where she also studied Hazzanut, and she has had great success working with children of various learning styles and abilities.

Cantor Harry Gelman z”l was our Cantor Emeritus. He passed away on April 6, 2012.

Cantor Gelman led his first service at Temple Aliyah on Shabbat Hanukkah of 1971. Born and raised in New York City, Cantor Gelman studied Physics and Mathematics at City College of New York where he earned a B.S. degree, and at New York University where he earned his Ph.D. He then pursued simultaneous careers in both physics and as a Cantor. His passion for Jewish music developed as a member of choirs in the Bronx, and he studied under Cantors Phillip Pfeffer, Gregor Shelkan, and Earl Lefkowitz. Before coming to Temple Aliyah, he also served at Temple Emmanuel in Wakefield, MA.

As a physicist, Cantor Gelman worked for fourteen years at GTE as the Manager of the Electromagnetic Effects Branch and Director of the High Voltage Lab. For eight years he also taught Physics at the University of Massachusetts at Boston, including the first year introductory course, upper level undergraduate courses, and graduate courses. He also supervised Masters degree candidates.

As our hazzan, Cantor Gelman led our services with great gusto. His greatest pride, however, came from passing on his skills to others. Over his thirty years, he patiently instructed hundreds of Bar and Bat Mitzvah students, teaching them the trope, their Torah and haftarah portions, and the davening of the service. He also taught these skills to countless adult members of the congregation. On a lighter side, his performances have been the highlight of many Temple Cabarets and shows.